Should homosexuals have equal rights?

Hey all, been a while.

Found this email in our inbox. It looks like the Ford boycott is succeeding so far.....hallelujah!

It appears that Ford Motor Company, in response to AFA's boycott, is silently dropping public support for the homosexual agenda. Here's why.

For years, Ford has advertised in the homosexual publications OUT and The Advocate. Since January Ford has not had any advertising in the magazines. In addition, Ford no longer sponsors the Gay & Lesbian Alliance Against Defamation Media Awards, which they have sponsored for years.

When we looked at all the other homosexual events Ford has sponsored in the past, Ford was nowhere to be found.

The homosexual groups have remained silent about Ford's moves, fearful that other companies may follow Ford's lead. Since the boycott began, not a single homosexual group has publicly supported Ford.

However, it could be that the homosexual groups have agreed to be treated as second-class citizens by Ford, continuing to get money from Ford but agreeing not to publicly acknowledge Ford's support.

In February, Ford's sales dropped 13.5% compared to a year ago. Ford's sales have consistently gone down since the boycott began.

Hopefully Ford continues to leave off pressure. If they do, maybe a lot of other corporates that are supporting far-leftwing morality and political agendas will realize that it could impact their business. We could get a level playing field again.

What is a "homosexual group?"


This is all nonsense, really - all the divisive and exclusive talking. People need help, not condemnation.
Top

If someone want to be homosexuals, thy should practise their perversities at their home in privacy. I personally believe homosexuality is a kind of mental disease. They can have rights, as long as they don't bother anyone.

But all this said, I don't agree with the likes of Abe Foxman, who once said: "We should teach the pleasures of Homosexuality to 5 year old children". 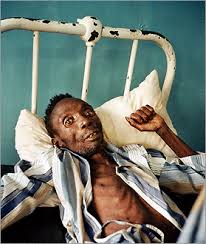 Enough of (ZA)Nu Labor. BNP is the only real alternative.
Top

Hmm.. very controversial topic... Homosexuality should be made illegal. It is the root cause of the AIDS epidemic and moral corruption of the population. Homosexuals should be offered psychiatric consultation.
Holy Russia will save the world
Top

YOU PEOPLE ABSOLUTELY DISGUST ME!!!! why do you people care soo much, they are human just like you and should have all the same equal rights. This is exactly why we cant all live in peace together. This is just a few things people said : "I personally believe homosexuality is a kind of mental disease."
"Being gay/lesbian isn't a natural thing so they should have limited rights. Marriage is a religious ceremony."
"The government should create laws that says homosexuals should not be allowed to show PDA (Personal Display of Affection) towards eachother in public."
"I have absolutely no use for them and feel they are a total waste of humanity."
"They should never have the right to do what they do in front of me!"
Top

The answer to that is a definite NO. Let them do what they like but don't rub anyones face in it.

It depends what you mean by equal rights but in my head I am thinking along the lines of adoption and the like. What sort of fooked up people would allow a child to go through school as an instant pawn for the bullies to pick on. That kids would never get over 11 years of the taunts and teasing and probably worse. They would be in a mentally messed up state for life. The bloody PC brigade who push this bollox on us want to look at the bigger picture rather than push all these rights for the 'minorities' who probably have more rights now than the rest of us!!
Top

Doesn't it make sense though that we have to work through and past that stage of bullying. If you let that happen, then it means that homosexuals will never really get any equality because of the fact that these prejudices and bullying will still go on. If you make it a norm, then these prejudices can be eradicated.
Top

You can teach kids all about the facts of life and the differences between the 'norm' and 'others'. The fact of life is kids will listen but then take the absolute pisistence out of the poor kid put in that situation. You cannot, however hard you try, ever pass something off as natural, something that is not. I find it pretty goddam disgusting that my kids have been even taught at year 7 and below how to sh@g a man up the ass. Let them find their own way in the world, but ffs do not tell them what they should or should not do or how to do it.

Same old PC brigade that wants to 'educate kids to have safe sex' in order to stop young pegnancies. Most of these kids in primary school are having their innocence taken away. They have no desire to have sex, they have no idea what it even is!! Then the bloody do gooders come along show them how to do it, whether it be gay or straight, so they try it out.

So Mogoman. you would have been happy being brought up gettin the abuse of your peers for 11 years, bullied to crap cos you have a weird family would you? Then put some other poor kid thru the same? You are truly sick in the head!!
Top

Okay, say, a couple of generations back, you have an indian family coming to live in the UK for example. At this point, there aren't many Indian families over here, and so the child of the family will be the only Indian child in his school. The chances are, he is going to get bullied because he is different, due to the fact that children see things which are alien to them as outside of the norm and weird.

But was it the case that immigration was stopped and children from different backgrounds were banned from living in British schools? No. So why should it be that homosexual couples can't adopt?
Top
Post Reply
41 posts

Return to “Politics, Governance and Economics”